Women in Healthcare Leadership: What Hospitals Can Do to Close the Gender Gap 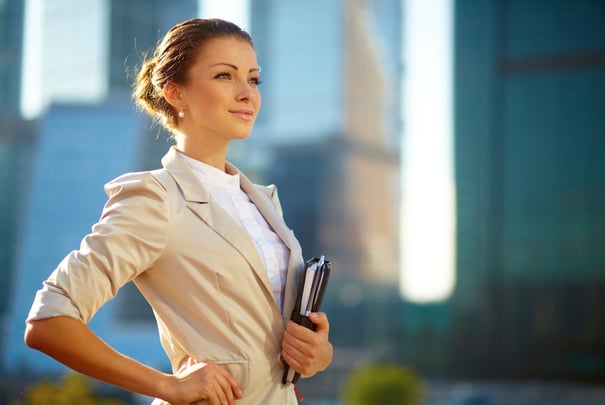 Although women represent more than 75 percent of the U.S. healthcare workforce, they hold just 12 percent of hospital CEO positions. How can organizations address this gap in healthcare leadership? New research reveals key insights from successful female CEOs, and hospitals are stepping up with programs to help women lean into their careers.

A Widening Gap for Women in Healthcare Leadership

Since the 1990s, the American College of Healthcare Executives has published surveys comparing gender equity among healthcare executives. Early reports showed women achieving CEO positions at roughly 40 percent the rate of men, rising to 63 percent in 2006.

Then, in 2012, the proportion of women achieving CEO positions fell to just 50 percent of the male rate.

“When that report came out, it was a clear call to action from the real world,” says Christy Harris Lemak, Ph.D., chair of the Health Services Administration Department at the University of Alabama at Birmingham (UAB). Lemak is also on the board of the National Center for Healthcare Leadership (NCHL), which launched a study to investigate the decline.

Lemak’s team knew the problem wasn’t a supply issue, given that women have comprised more than 60 percent of students in healthcare management graduate programs over the past several decades. They interviewed a cross-section of 20 female hospital CEOs, searching for common success factors.

“We discovered several key inflection points where a woman’s healthcare career really changes for the better or for the worse,” Lemak says.

Being open to new challenges is crucial, says Lynn T. Simon, M.D., MBA, president, Clinical Services & CQO of Community Health Systems in Brentwood, Tennessee. She was named one of Modern Healthcare’s Top 25 Women in Healthcare for 2015.

“I have been very fortunate to have advancement opportunities in my current and prior organizations,” Simon says. “I believe one key to this is to accept new assignments that expand your experience, and demonstrate that you can effectively manage a more diverse range of responsibilities than your initial core competency.”

Published in the Journal of Healthcare Management in 2014, the NCHL study uncovers 25 career inflection points for female healthcare CEOs. These defining changes fall under themes such as education, broadening opportunities, career planning, mentorship, sponsorship, and peer and family support. The study shows a clear difference between those who started  in administrative versus clinical roles.

“Many women who ended up as CEOs didn’t even think about being CEOs, especially if they were nurses first,” Lemak says. “The idea didn’t occur to them until they were in the executive suite.”

What are the most important action items for organizations looking to help women succeed?

Those in graduate administration programs were more likely to have leadership aspirations early on. They also tended to have formal career plans—another success factor identified by study participants.

Several women pointed out that their male cohorts were less hesitant to share their aspirations for the CEO position. It’s something Lemak has observed personally among her graduate school students.

“Men seem confident saying, ‘I want to be CEO,’ whereas women might say, ‘I’d just like to make a difference,’ ” Lemak says. “How can we work with women so they feel comfortable expressing their C-suite aspirations?”

The study also finds that sponsors are more important than mentors. Besides their advisory role, sponsors advocate for aspiring leaders and provide new opportunities in visible roles.

“Community service activities, getting women on boards, putting their name in for executive positions—all of these culminated in people viewing [would-be leaders] as ready to be a CEO,” Lemak says.

Leading the Way for Women Leaders

HCA is often recognized as investing in women’s leadership, with national networks that offer wider opportunities for those looking to advance.

Sandy Wade-Johnson is program director for the HCA Executive Transitions Program, part of the HCA Leadership Institute. Her program provides peer mentors and support networks, executive coaching, and live orientation forums for executives new to their roles or HCA. She says the added resources boost the success rate for new female executives.

“Providing mentors and an executive coach allows people to really think through their goals and strategies,” Wade-Johnson says. “It can also help them navigate some of the pitfalls.”

The program offers coaching earlier in the hiring process, a critical factor identified by CEOs in the study.

“I believe how we’ve structured the program is somewhat novel,” Wade-Johnson says. “We’re trying to provide more of these resources on the front end.”

She works closely with the Executive Development Program, also part of the HCA Leadership Institute. The program focuses on building a pipeline of talent, identifying individuals with high potential and grooming them for C-suite positions.

Over the past three years, more than 2,000 people have applied for approximately 20 spaces in the program. Of those selected, nearly half were women. Wade-Johnson says gender equity in talent development should be a crucial focus area for organizations.

“When we think about disparities that exist, we have to ask whether women are even being invited to the table, let alone whether they’re flourishing in the organization,” she says. “Are we identifying women who show potential at the same rate as we’re identifying men? Are we willing to invest in women so they’re prepared to lead?”

According to Lemak, closing the gender gap isn’t just about equality.

“There’s clear evidence that female leaders—and not just in healthcare—tend to have transformational leadership characteristics,” she says, noting strengths around collaboration, resolving differences and working within communities.

“There really is a strategic reason why you would want more women on your leadership team.”