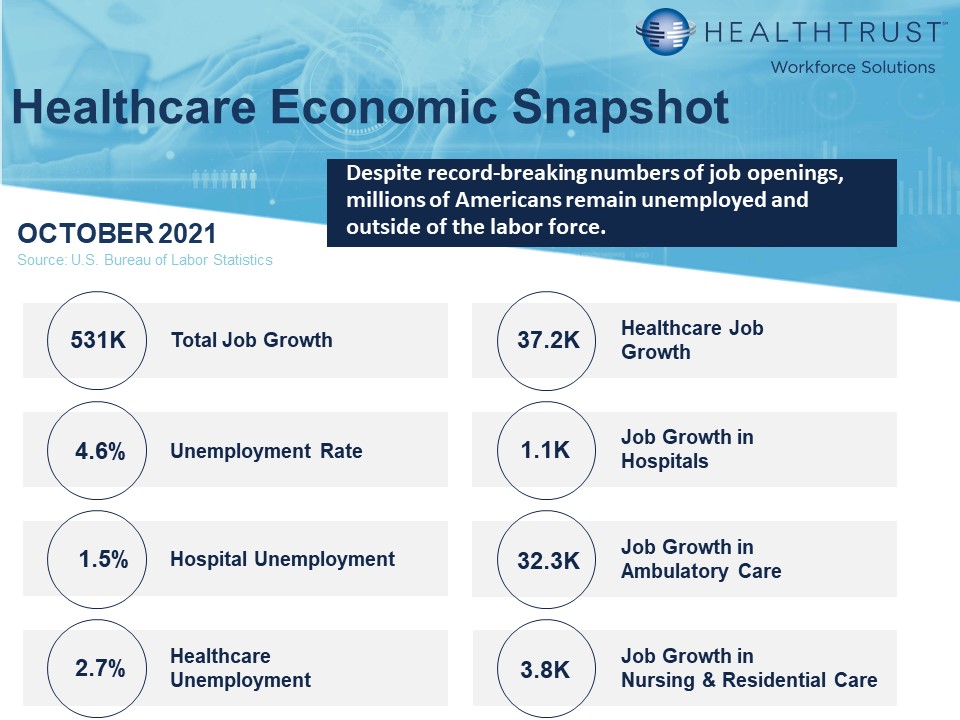 The Labor Department reported that 531,000 jobs were created in October, a sign that economic activity is picking up in the early fourth quarter. The unemployment rate dipped to 4.6% from 4.8%. Despite record-breaking numbers of job openings, millions of Americans remain unemployed and outside of the labor force.