Three months in to the pandemic, we find ourselves in the middle of Mental Health Month, observed annually in May. The circumstances of COVID-19 leave many grappling with isolation, anxiety and fear. There has never been a more important time to monitor your mental well-being and that of your loved ones. At HealthTrust Workforce Solutions, we are proud to stand with HCA Healthcare for the mental health of patients – and – for our more than 280,000 colleagues. Learn more below…

This past week, in the midst of a global pandemic, we've paused to celebrate Nurses Week 2020 and the 98,000 nurses across the HCA Healthcare enterprise, a proud partner of HealthTrust Workforce Solutions. While the last several weeks have challenged all of us, there have been shining examples of perseverance, resilience, teamwork, and even celebration. As we round out this annual salute to nurses, eight brave colleagues reflect on what they’ve experienced, the decisions they’ve made and the COVID-19 moments that have defined them.

As the nation continues to face the largest economic crisis in almost a century, the Bureau of Labor Statistics (BLS) April 2020 Hiring Situation revealed that the economy lost 20.5 million jobs last month, leading the unemployment rate to skyrocket to 14.7%. This is the highest rate seen since World War 2. The data reflects the effects of the coronavirus (COVID-19) pandemic and efforts to contain it.

Amid the worst public health crisis in American history, more than 1.4 million healthcare jobs were lost last month, primarily in ambulatory healthcare services as dental and physician offices closed and elective surgeries came to a halt (-1.2M). Hospital payrolls were down 139,000.

The Report also revealed that if millions of Americans who have been furloughed and expect to return to their jobs are counted, the jobless rate would have almost 5 percentage points higher at nearly 20%.

In the seven weeks since the virus shut down much of the U.S. economy, more than 33 million people have applied for unemployment benefits, as the numbers continue to grow by several million a week. 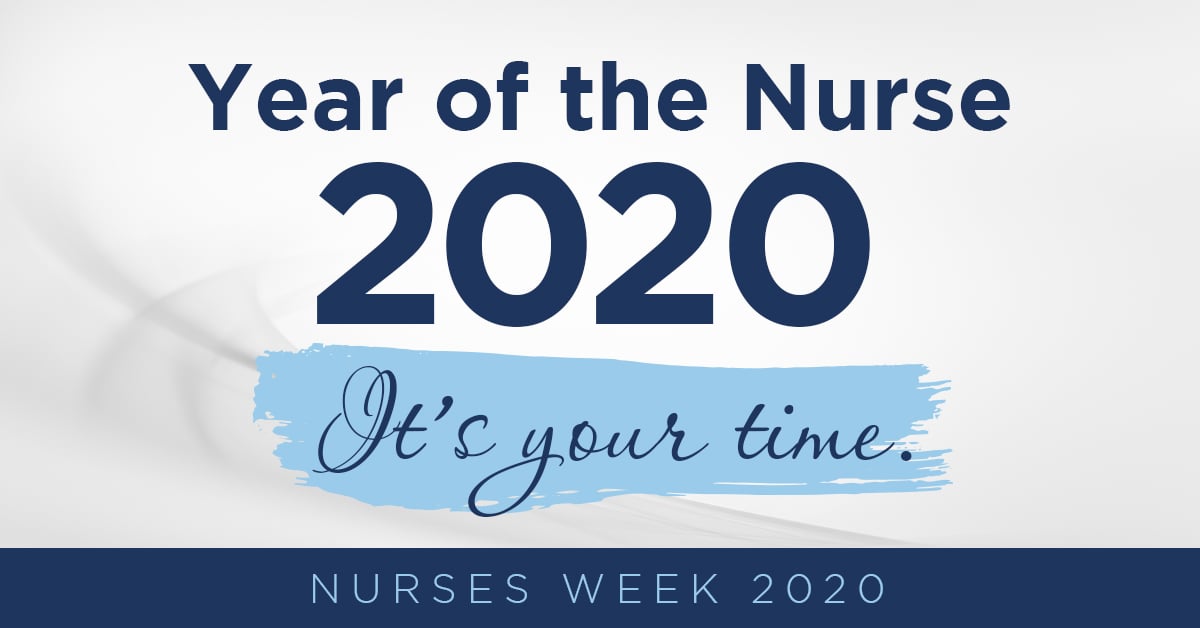 The world has changed, but the core of our nurses has not. Our daily lives have been upended, but our nurses stand up, show up and give patients the compassion and care they need and deserve.

The World Health Organization (WHO) designated 2020 as the “Year of the Nurse,” and while this designation was announced prior to COVID-19, we cannot think of a better time to honor and recognize nurses for their commitment to the profession. Just like Florence Nightingale did 200 years ago, our nurses lean in and are a light in the darkness. You continue to compassionately and selflessly serve humanity and your valuable contribution will have saved the world. 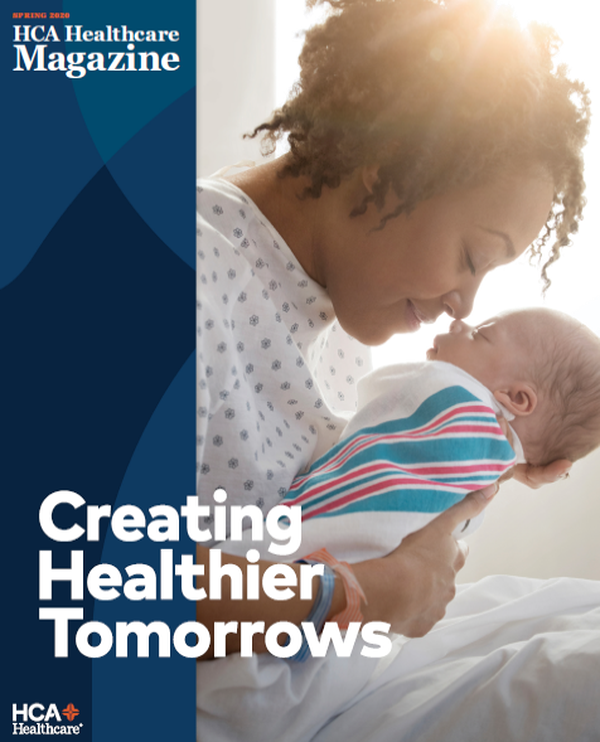 As one of the nation’s leading healthcare providers, HCA Healthcare is committed to helping overcome COVID-19. We are proud to leverage our scale and resources during this pandemic to help others by contributing up to 1,000 ventilators to the Dynamic Ventilator Reserve, a public-private collaboration announced at a recent White House briefing.

HCA Healthcare’s chief executive officer, Sam Hazen, met with the president and healthcare executives at the White House on April 14.

During the COVID-19 pandemic, it’s important we pull together. In keeping with our commitment to the care and improvement of human life, HCA Healthcare is leveraging our resources, in conjunction with the federal government and other hospital systems, to help others across the nation.  HCA Healthcare will provide as many as 1,000 ventilators as part of the American Hospital Association’s collaboration with the federal government and health systems to distribute this critical piece of equipment to hospitals experiencing a surge of patients with COVID-19.

Problem: The unprecedented COVID-19 pandemic has made social distancing and isolating in our homes the new normal. As a result, people need new ways to access health care.

Solution: Expand HCA Healthcare’s telehealth capabilities to support the rapidly evolving challenges of our clinical staff to meet the needs of our patients in response to COVID-19.

Across HCA Healthcare, our telehealth capabilities are enabling a more efficient and safer way to deliver care. Fortunately we already had a strong foundation of using telehealth in our facilities. Our experience ranges from delivering life-saving care to stroke victims by connecting neurologists to emergency department (ER) physicians, to providing emergent psychiatry consultations to deploying remote monitoring for solid organ and bone marrow transplant patients, all via secure, bidirectional audio/video telehealth capabilities.

Our dedication to caring like family extends beyond our hospitals’ walls into the communities where we live and work. During this unprecedented time, we are honored to strengthen relationships with neighbors in our hometowns. The HCA Healthcare Foundation, the philanthropic arm of HCA Healthcare, and a tax exempt trust affiliated with HCA Healthcare will provide more than $1 million in grants to local community organizations to aid in COVID-19 relief efforts.

“Like our colleagues that are serving on the frontlines of this crisis by providing lifesaving care to patients, local organizations are also stepping up to address the needs of their communities in remarkable ways, including emergency response, addressing food shortages and providing childcare for healthcare workers and first responders,” said Sam Hazen, chief executive officer of HCA Healthcare. “HCA Healthcare is honored to support our communities during this unprecedented time of rapidly changing needs.”

The one-time grants of $10,000 to $250,000 have been distributed to community partners that are focused on the COVID-19 emergency response and food banks, including:

“We are so honored by this gift of love,” said Natalie Jayroe, president and chief executive officer of Second Harvest Food Bank of Greater New Orleans and Acadiana. “It is because of generous support from partners like HCA Healthcare that our staff and volunteers will be able to provide meals and emergency food in the weeks and months to come for those most impacted by this emergency.”

Additional grants will be made to HCA Healthcare community partners in Florida, Colorado and Kansas.

HealthTrust Workforce Solutions is a proud of the United Way Broward County.

Partnering Together in the Dynamic Ventilator Reserve 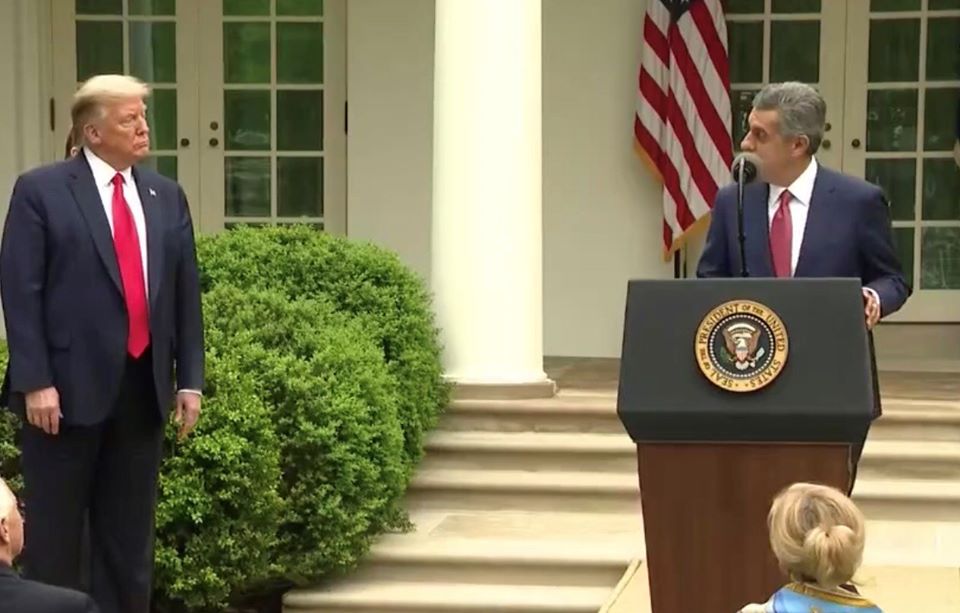 President Trump announced a new initiative for hospitals to lend unused ventilators to areas of need, called the "Dynamic Ventilator Reserve", during a meeting on Tuesday, April 14th, with healthcare executives at the White House.

U.S. International Development Finance Corporation CEO Adam Boehler, who is leading the initiative, thanked Sam Hazen from HCA Healthcare and Lloyd Dean (SP) from Common Spirit for leading this effort with the AHA and the Federation of American Hospitals.

In addition to HCA Healthcare, more than a dozen healthcare executives participated, including other leaders from Premier, LifePoint Health, NYU Langone,  the American Hospital Association, the Federal Association of Hospital, and the Cleveland Clinic.

Stay Connected: We're in this Together

Thank you to all of the caregivers and essential personnel on the front lines fighting COVID-19 and those who are staying home to do your part. We appreciate the partnership and support of our vendor partners.

It's important that we all stay connected during these uncertain times.

Remember, we're in this together!